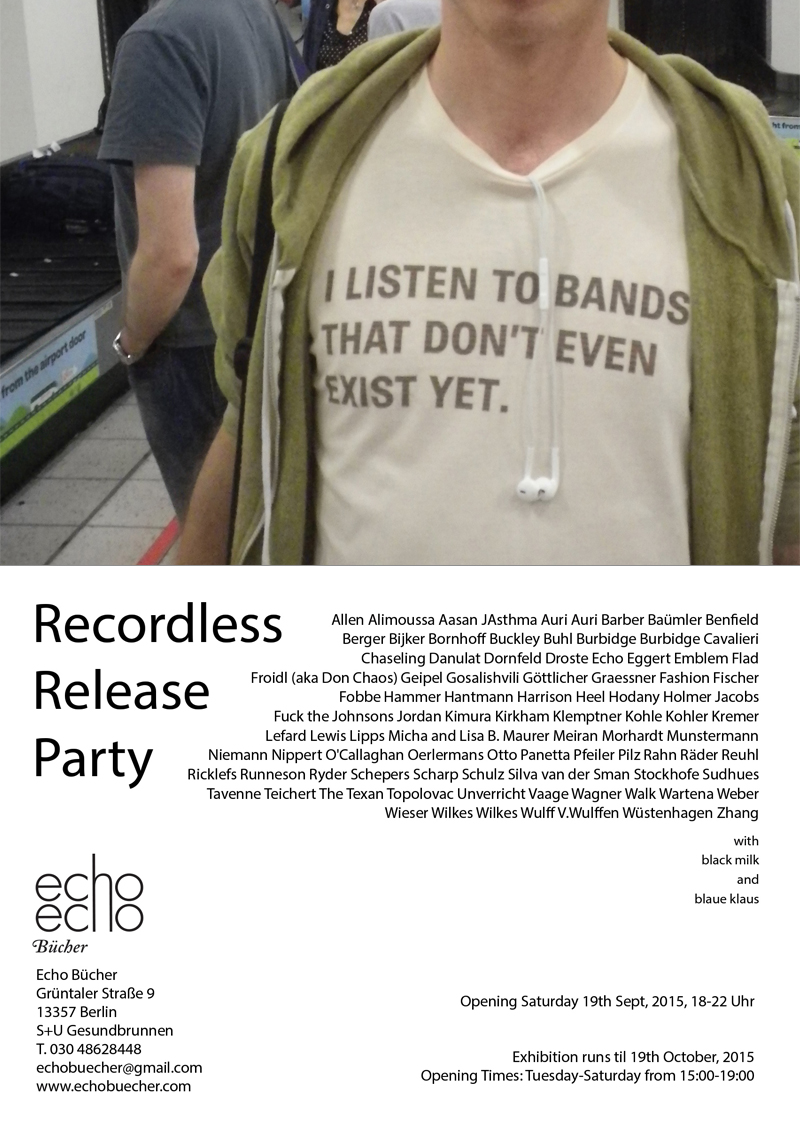 Did you ever buy an album because the cover or band name, or album title was so fucking cool? 100 artists have been asked to fulfill their musical ambitions and make a 2 sided fictional album cover, with graphics, band name, album title and songs, for the Recordless Release Party at Echo Buecher on saturday 19th September from 6pm. The inspiration came from Mingering Mike and all genres of music will be covered from interstellar punkrock to peruvian panpipe music. The show lasts for one month and has been organised by Lucio Auri, George Barber and Marco Meiran. See you on the 19th!